How to Create Algo For MACD Momentum Trading Strategy? 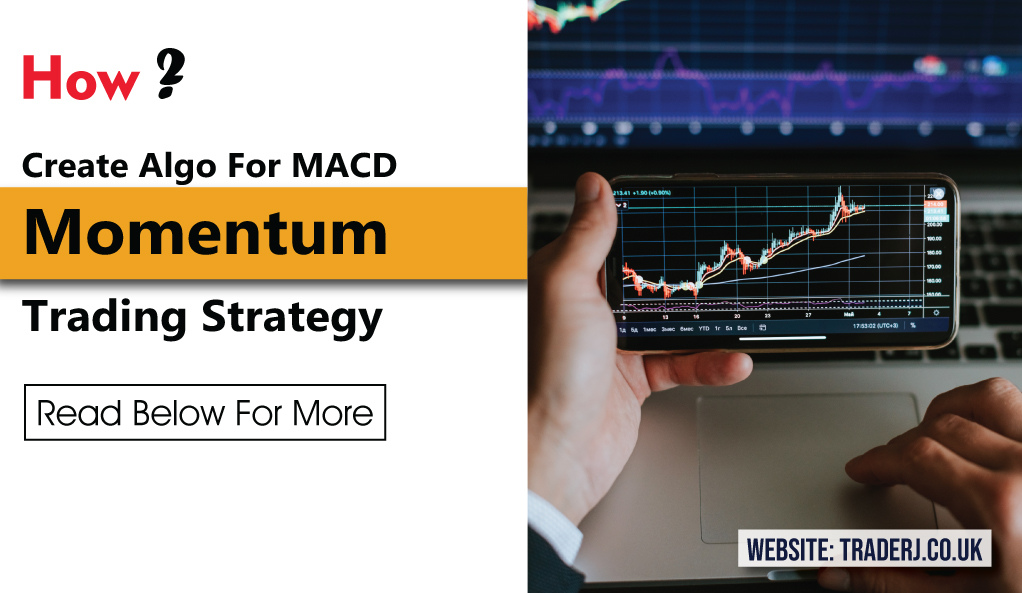 MACD Momentum Trading strategy is a momentum indicator that describes the change in values ​​over different periods of time series of data. It is one of the most popular technical indicators used by stock market analysts to identify changes in market trends, momentum, and potential failures. Traders use technical indicators to predict the future behavior of commodities. Indicators are calculated by applying mathematical formulas to instrument price data and are often displayed as data points on charts for visual analysis of price action.

This article describes how to create an algorithm using the MACD momentum indicator.

What is Algorithmic Trading (Algo Trading)?

Algorithmic trading refers to any type of trading algorithm that automates all or part of the trading process. Algorithmic trading has changed the way we think about financial trading and is one of the fastest paradigm shifts in the market over the past 20 years. In many ways, it has completely revolutionized trading and made trading opportunities available beyond human capacity to make computations and take decisions by using computing power and data storage.

Algorithmic trading uses signals as input to an algorithm that is used to decide, for example, whether a trader should place an order or close an existing trade. Signals can usually be derived from long-term data or recent movements in stocks or markets. Common parameters for signal generation are open and close prices, total volume, and short-time signals when trading with low latency.

The MACD Momentum Trading strategy was invented by Gerald Appel in the late 70s as a technical analysis indicator and is one of the most effective and simple trends for indicators today. MACD is used to predict the strength, change, direction, momentum, and duration of stock price development and is specifically designed to detect trend changes fairly early.

consists of three parts: the MACD line, the signal line, and the MACD histogram. It utilizes three signals as trading indicators estimated from historical price data.

MACD is an absolute price oscillator used to predict market dynamics, price movements, and potential breakouts. MACD is calculated using a series of exponential moving average calculations with the use of multiple common observation periods. MACD can be interpreted in many ways, each using MACD lines, signal lines, and histogram values ​​in different ways. MACD can generate many false signals when the market is highly volatile. Crossovers, zero crossovers, and histogram reversals are just a few of the popular signals created by the MACD that can help guide trading decisions.

Histograms for the same time series show divergence or convergence and show the difference between the MACD line and the signal line. Because MACD considers both fast and slow impulse signals, it is a mix of trend-based and momentum-based indicators, and also shortens some lag indicators inherited from pure trend-following indicators, where the indicator changes when the market changes.

To calculate the MACD for developing algorithmic trades, you can use a 35-day slow-period EMA, a 5-day fast-period EMA, and a 5-day EMA estimated from and a 15 days EMA.

Simulate or test on historical data to evaluate the performance you can expect from your algorithm. This simulation is performed by sending info to the algorithm like in the real world but using historical data instead of current data. When the algorithm generates a signal, it creates a hypothetical command that is later populated using the slippage model described below. In this way, the flow of the algorithm is the same as in the real-life scenario, Therefore, it shouldn’t cause any changes when applied to live trades.

Now that you understand the logic of technical analysis and work indicators, you can study the process of establishing a strategy using technical indicators. Quite simply, instead of looking at a chart to determine when a set of moving averages intersect, a trader can create a program that automatically calculates a moving average and performs the trade while crossing other moving averages. Technical indicators are mathematical, so they can be easily programmed into your trading strategy. Choose the indicator you want to use and in this case, MACD, and add a mechanism to open and close trades. A good rule of thumb is to write the logic of your strategy and then translate it into the programming language of your choice. E.g:

Exit logic: The current position is closed when the fast EMA intersects the slow EMA.

The next step is to convert the logic into code in your preferred programming language. You can then further customize the MACD strategy. For example, you can add parameters for risk management such as monetization and stop loss. Once you’ve configured your strategy, you’re ready to test it. Testing a strategy allows you to see how it worked in previous market conditions and to ensure that it was applied appropriately.

After backtesting the strategy, you will find that some adjustments are necessary. Some adjustments are structurally necessary and must be modified for the strategy to work properly. This is to rule out a situation whereby, your strategy buys when it is your intention to sell and vice versa. However, traders often make the mistake of applying strategic logic to historical data, leading to retraining strategies that may work well with backtested data but not essentially perform well in live market situations.

Determining the appropriate number of alterations is a learned skill, but new traders should be aware of these common mistakes and test their data on both in-sample and external data. If the strategy performs better on the sample data than on the external data, the strategy may be over-tuned.

MACD is calculated by subtracting the 26-phase EMA from the 12-period EMA and comparing it to the signal line of the 9-period MACD EMA.

Since MACD Momentum Trading strategy can generate false signals, you need to know how to filter true signals from false ones. To filter out false positives and positive results, the algorithm needs two consecutive signals of some sort before responding. If the algorithm generates a bearish signal for two days in a row, it sells all assets. After generating a bullish signal for two days in a row, the algorithm adjusts holdings to 30% of the total value of the portfolio.

Terra LUNA, a cryptocurrency, has tumbled, losing 99% of its value. The whole crypto market has been shaken by the Terra LUNA crash. 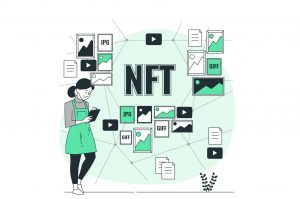 What Are NFTs And Why Is Everyone Talking About Them?

What are NFTs? NFTs dominated the art and gaming worlds towards the end of 2021, and they show no signs of stopping in 2022 either.